Have a Safe Halloween

While parental fears about razorblade-ridden chocolate and poisoned candy apples have mostly subsided in recent years, pet owners should still be concerned on Halloween. That’s because there are plenty of ways for pets to find trouble—particularly if left alone with a bag full of goodies.

Here are the biggest Halloween pet hazards to watch out for, courtesy of Pet Poison Helpline. Heed these guidelines, and you might just avoid any Halloween-related emergencies this year.

Why it’s dangerous: Chocolate is more poisonous to pets than any other candy. Chocolate contains methylxanthines, chemicals similar to caffeine that can quickly sicken dogs. In general, the darker the chocolate, the more poisonous it is.

What to watch for: Symptoms in dogs that have ingested chocolate include vomiting, diarrhea, lethargy or agitation, increased thirst, an elevated heart rate, and, in severe cases, seizures.

Why it’s dangerous: It’s hard enough for a human to stop at just one piece of candy, so imagine how difficult it is for a pet. Large ingestions of sugary, high-fat candy can lead to pancreatitis, which may not show up for two to four days after the pet ingests the candy.

What to watch for: Pets that have ingested candy may show signs such as decreased appetite, vomiting, diarrhea, lethargy, abdominal pain, and even kidney failure or organ damage.

Why they’re dangerous: The candy itself isn’t the only threat. Ingestion of foil and cellophane wrappers can cause life-threatening bowel obstructions, which often require surgical intervention.

What to watch for: Symptoms in pets that have ingested candy wrappers include vomiting, decreased appetite, not defecating, straining to defecate, or lethargy.

Why they’re dangerous: While good-intentioned neighbors may hand out raisins as a healthy alternative to candy, very small amounts of raisins (or grapes) can cause kidney failure in dogs and cats. Some dogs develop idiosyncratic reactions at any dose—in other words, ingesting any amount can cause serious damage.

What to watch for: Pets that have ingested raisins may show signs like vomiting, nausea, decreased appetite, abdominal pain, and severe kidney failure.

Why they’re dangerous: Pets love to chew on things they’re not supposed to, and cats in particular seem to love these items. Over the past year, 70 percent of Pet Poison Hotline’s calls relating to glow sticks and jewelry involved cats. In addition to the choking hazard, the contents of glow sticks can cause pain and irritation in the mouth.

What to watch for: Keep an eye out for mouth pain, as well as profuse drooling and foaming at the mouth.

Why they’re dangerous: Some pet owners just can’t resist dressing their pets in costume for Halloween. Costumes can cause discomfort in pets, and any metallic beads, snaps, or other small pieces (particularly those made of zinc or lead) can result in serious poisoning if ingested. Finally, don’t ever dye or apply coloring to a pet’s fur, even if the dye is labeled non-toxic to humans.

What to watch for: Make sure the costume doesn’t impair the pets’ vision, movement, or air intake. 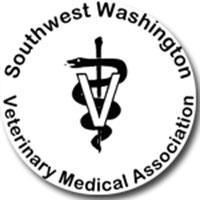